Public Statement From The Working Group on BSL Legislation

PUBLIC STATEMENT FROM THE WORKING GROUP ON BSL LEGISLATION (of which DEX is a member) – 27.3.18:

Recent work with the All Party Parliamentary Group on Deafness (APPGD) by members of UKCoD, regarding an Inquiry into the cost of BSL recognition, stalled due to lack of resources and change of government following the election in 2017.

The group, supported by UKCoD, has agreed to scope a study on the ‘Delphi’ principles, as a viable and cost-effective alternative to a formal APPG Inquiry.

The study would seek to ensure:

• Good sectoral engagement and commitment
• Good use of existing data
• Developing a solid understanding of the ‘costs of BSL recognition’ for presentation to government.

The group also supported a proposal to draft a Private Members Bill as a parallel activity: it was agreed that it would be useful if members of this group could provide copies of drafts they may have prepared.

The chair of the APPG on Deafness has raised a parliamentary question on which government department is responsible for BSL. The Leader of the House of Commons has agreed to seek clarification on this point.

The group is to meet again in two months’ time to discuss finalising the strategy and funding. 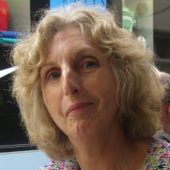