As millions of children head back to school for the start of term, today we celebrate one educational institution in particular: the Braidwood Academy. Opened in 1760 in Edinburgh, Braidwood is considered the UK’s first school for deaf children and the first to include sign language in education.

Thomas Braidwood, the school’s founder, had just one deaf student when the school first opened. It turned out that one student was all it took – by 1780, the number had increased to 20 students as Braidwood found success in his teaching methods.

In addition to helping lay the groundwork for deaf education in Great Britain, Braidwood’s work contributed significantly to the development of British Sign Language (BSL). He relied on teaching communication through natural gestures, which differed from the focus on speech and lip-reading elsewhere in Europe. His form of sign language ultimately set the standards for BSL as it is known today.

Today’s Doodle features a group of schoolchildren signing the letters below them. It is a celebration of the Braidwood Academy’s work but also of the importance of education for all students with their diversity of needs. Check out the video below to learn how to sign the alphabet using British Sign Language. 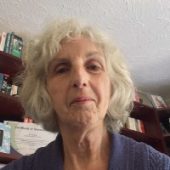 Listening Fatigue – What it is and How to Combat it